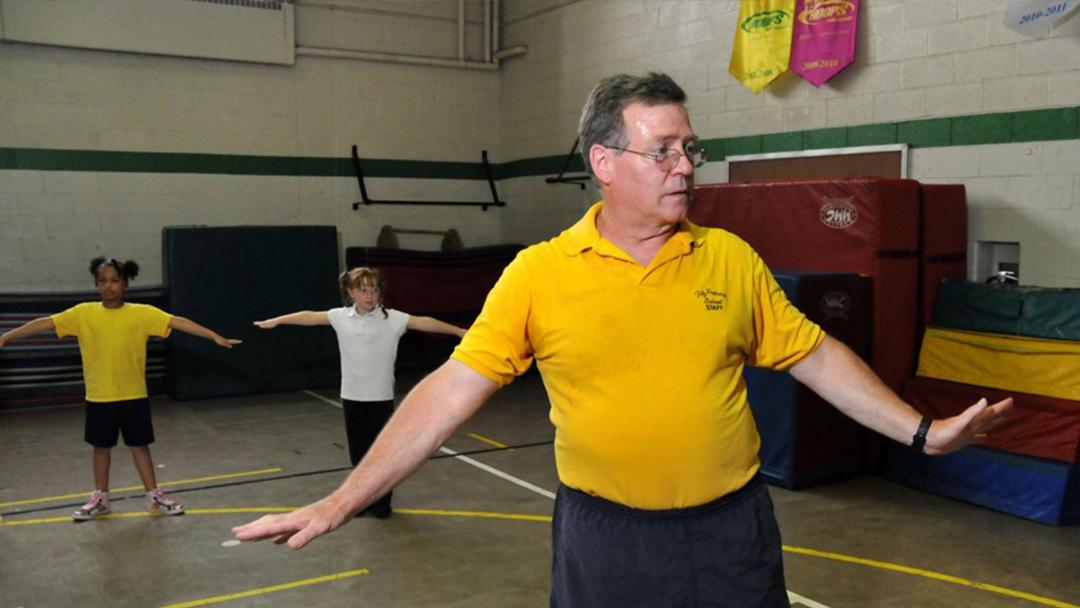 For those of you that don’t know me, I’m Coach Parker, also affectionately known as Coach Pothole. I’m the gym teacher, track coach, and former driver’s ed instructor here at Northern Highlands Regional High School. It has recently come to my attention that a bunch of parents at this PTA meeting are looking to ban critical race theory from the curriculum.

Now, I may just be a gym teacher and not some fancy investment banker or hot tub salesman like some of you, but I know more than the average Joe about fitness, and I think you’re making a big mistake trying to take critical race theory out of our school. Though some of you parents might be too blinded in your own privilege to see this, my track team has been running slower than ever since Biden took office! I did some research and I learned it’s because these kids are eating chicken nuggets and french fries for lunch instead of fruits and vegetables. They don’t understand how a proper diet gives them the energy they need to run fast on the track. This kind of race theory is absolutely crucial if we’re going to stand a chance against some of the tougher schools like Ramsey, Mahwah, and Don Bosco.

I realize that critical race theory is controversial. People don’t want to take a look at what their kids are eating because it might reflect poorly on them as a parent, teacher, or school administrator. But this is America. We believe in freedom of speech for Christ’s sake! We don’t just censor an idea because some people in power don’t like it. I may not have an Ivy League degree, but I always thought school was about expanding minds and exposing kids to new ideas. Another perspective, especially one backed by decades of academic research, is never a bad thing. And again, we’re just not gonna stand a chance against Millburn and Glen Ridge if we don’t examine our past eating habits and acknowledge that kids with better diets are inherently going to perform better than kids eating junk.

And to be clear, I’m not even saying everyone needs to act in accordance with what critical race theory teaches. At the end of the day, people are going to eat what they want to eat, and sometimes you can’t change their minds. But that doesn’t mean you shouldn’t at least provide the history, the background, and the context for living and exercising in a healthy way. Worst case scenario, they ignore it. But you might just open someone’s eyes to a better understanding of running fast.

OK, I’m getting a sense from the way you’re burying your faces in your hands that I’ve done something wrong. Is there a cheesy pretzel drip on my shirt, Jerry? No. Are we not talking about the same critical race theory? We’re not? OK. Wait, that’s what you’re trying to ban?! We’re having this meeting to get rid of that?!

Of course, we absolutely need to censor that critical race theory. White students and Black students must not be allowed to think about race in America in any other way other than that slavery is over and everything is great, or else their brains might turn to mush. But again, the stuff about fixing students’ eating habits so they win track races—we do have to teach that. It’s a slippery slope if we start banning whole schools of thought. But the Black people thing, that’s gotta become illegal. Like these pretzels. They’re too good.