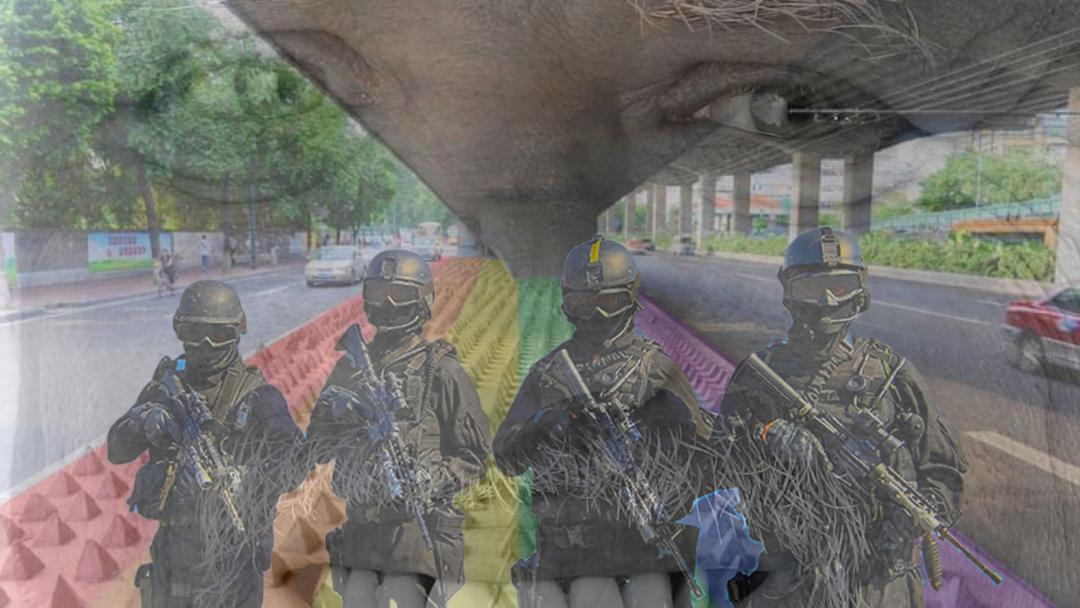 In our public parks, on our sidewalks… their cars are even parked on our roads!

I’m talking of course about… the unhoused menace!

As police chief Moore said, there is no greater threat to Los Angeles than the unhoused—not even Black people. Their degenerate lifestyle of not being able to afford a home threatens to tear apart the fabric of our fair city. Not because the measure of a society’s health is its treatment of its most vulnerable, but simply because the unhoused use their poverty to dominate normal, housed Angelinos. Together with the socialist Left, the unhoused use their lack of political influence to bully well-meaning Americans into caring about their plight, using advanced propaganda tactics such as “existing,” “telling their story,” and “appealing to our common human decency.” Right under our noses, the unhoused are infiltrating public spaces, spreading their insidious message that it’s cool to live in a tent in the middle of Echo Park with all your earthly possessions. Sounds silly? It might to an intelligent center-right voting homeowner like yourself, but what about your children? They don’t have the media savvy you have from decades of watching MSNBC, CNN, and Fox. Who knows? Maybe your little Jimmy or Sally are talking to an unhoused person right now? Maybe they’re thinking about giving up YOUR Silver Lake home you rightfully inherited from your grandparents and becoming unhoused, too? It’s enough to send a shiver up your cozy spine.

That’s why it’s vital to keep an eye out for unhoused people and their underhanded attempts to improve their own living situation. Sure, they might seem innocent when they ask us to allocate some of our abundant resources to providing them shelter, food, and water, but what basic human right will they demand next?! Healthcare? Education? The right to vote? Pretty soon they’ll be sitting on a jury deciding the fate of yet another police shooting (in LA, we’re averaging one a day!

The fact is, the unhoused aren’t just looking to be treated “humanely”—they’re looking to pillage our three billion dollar police budget for all its worth. If this unhoused scourge is left unchecked, these street dwellers will systematically fill every last one of our city’s unaffordable and terminally empty luxury apartment buildings. With this newfound stability, the unhoused might even be able to fully reintegrate into society. We cannot allow this to happen!

If someone who appears to have no wealth or social capital approaches you, stay on guard. Odds are, they might be an unhoused person looking to convert you to their dangerous house-free ideology.

DON’T: See Them As People. They may look like you or I, and they might be able to convince you that, with a few bad breaks, you could easily become one of them. But they’re not like you at all—they’re crazy, and possibly on drugs! They don’t deserve your sympathy. Make sure to remind them of that as you continue on your way to your psychiatrist appointment or to purchase a thirty-rack of beer and some pre-rolled joints to enjoy in a park.

DO: Stop Activists From Handing Them Water Bottles. On the surface, it might seem that handing out cold water on a hot day is an unequivocal good deed. But what unhoused people and the powerful humanitarian interests that back them never tell you is that it never stops with just one water bottle. Did you know that unhoused people need more water every day, sometimes multiple times per day? We’re talking upwards of three, even five dollars! And that number will only go up as climate change destroys our access to clean drinking water. Is this really how we want to allocate our precious H2O, especially as Beverly Hills is in the midst of an epidemic of mildly dry lawns?

DO: Report Them To The Police. If there’s one thing we’ve learned over the past few years, it’s that any situation is made safer by calling the police. If an unhoused person has the gall to exist in the same plane of reality as you, let a police officer know. The cop will kindly rid the unhoused person of their possessions, documentation, and life.

Armed with these helpful tips, YOU can help us rid the city of the menace that is people simply trying to survive. And once we’ve done that, finally we can enjoy that brand new small park that’s only open to the public three hours a day and was created as a compromise to allow the developers to build a 35-story luxury spa tower. Finally!