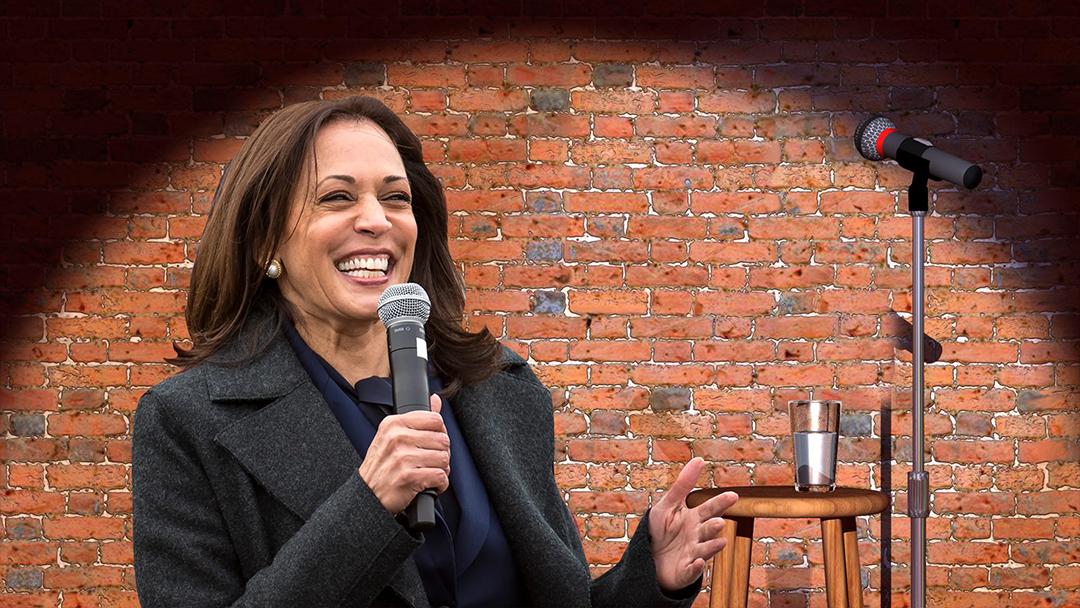 Want to be a big hit at the water cooler but aren’t sure what everyone else is laughing about? Worry not, friend! Simply reach out to me, a comedian, and I’ll explain whether or not something was truly funny or if your friends are pulling one of those pranks where they see if you’re so weak-willed and afraid of being the odd man out that you’ll follow the crowd to an embarrassing extent.

Dear Comedian, I don’t get why Kamala laughed when asked if she would visit the border soon after photos surfaced of overpacked detention centers. She was in Florida promoting the passage of the COVID relief bill, I guess, but this seems like a reasonable question? Did I miss the joke?

This is actually an incredibly funny joke from the Vice President, BUT it does require some context.

What you need to know:

Comedy is all about setting expectations and subverting them. Knock knock jokes succeed because the initial response suggests a normal respondent but the “who” that follows subverts that expectation. The chicken crossing the road to get to the other side takes a meta approach and subverts our expectation for a more clever punchline.

In the same way, Kamala Harris and Joe Biden sailed to victory on the idea that the monstrous treatment of migrants at the Mexican/American border would end. Our expectation is that they would do what they promised. They subvert our expectations by continuing the dehumanizing practice of family separation and caging children seeking refuge in a nation where their lives are not in immediate danger.

But Kamala doesn’t stop there! This joke has layers!

When a reporter asks her, “Do you have any plans to visit the border?” our expectation, given all the background, is that she likely would visit the border to address the troubling lack of change that was promised, just like we’d imagine the President not tweeting out a message in Creole telling Haitians to stay in their own damn country (Joe’s got jokes too!). Additionally, our expectation is that the reporter is competent in their job, asking a reasonable softball question that requires a “yes” or “no” response. Kamala manages to subvert BOTH of these expectations simultaneously by replying “not today” and laughing.

The laugh is somewhat difficult to decipher, but, in my expert opinion, it works either as an acknowledgement of how funny it is that the Democrats who promised humanity have chosen violence instead OR a subtle signal that the reporter’s reasonable question is ridiculous and incompetent. Both subvert our expectations, and both are very funny.

Kamala Harris has herself and the rest of us rolling on the floor laughing by promising a better world but refusing it outright. It’s funny that Americans have trusted centrist Democrats once again, despite all of recent history illustrating why they shouldn’t.

If this sounds bleak, it kind of is! And that’s actually PART OF the joke! Kamala’s got a dark sense of humor, like the Joker.