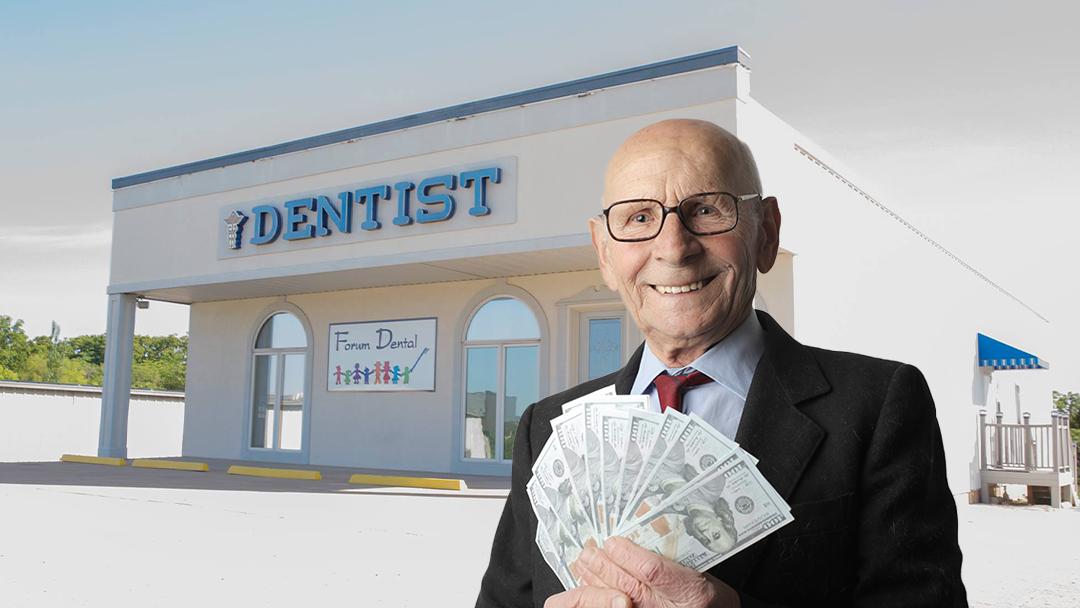 Thanks to the passage of the American Rescue Plan Act by Congress in March, Americans who qualify are now living in the lap of luxury as their $1400 stimulus checks have been deposited to their bank accounts or collected via geo-cache. While some splurged by paying their bills or saving the cash for a future medical emergency, one Iowa man found a way to ball out like no other: spending the entirety of his massive haul on a single dental appointment.

“Nothing more luxurious to me than teeth and tooth-relateds,” said 37 year old Iowa native, Dimp Pud, “so I decided to make it rain at Dr. Lavanos’ office today.”

Dimp was quick to showcase that $1400 smile for us when we caught up with him in the Pizza Hut parking lot he DJs in on weeknights. His mouth didn’t look at all different from the sel e he AirDropped us just before his appointment, but for Dimp, it wasn’t about the look. “My teeth feel different now, like wetter, but also so er? I think soft teeth are a sign of good hygiene. At least, they are here in Iowa.”

How exactly does one spend $1400 in a single dental appoint- ment? Dimp refused to elaborate, saying it was a matter of “doctor patience covidentiality (sic),” so we caught up with Dr. Lava- nos, who was more than eager to dish. According to Dr. Lavanos, “the teeth cleaning is pretty cheap, but after that, there’s a lot of other bells and whistles we can add. Dimp was in dire need of a root canal, but he declined anything too medical, saying it was ‘bad energy for me right now.’ So instead, I milked his uvula, massaged his teeth, and applied permanent vampiric tooth extensions to his canines and molars, the latter of which I strongly advised against. But he insisted, and when you’re a dentist, the ethics are far more lax than they are for one of those real doctors, so you just sort of vibe with it.”

Dr. Lavanos issued his own advice on how to best spend your stimulus check. “I would urge people to save it if they can, or spend it on something essential, like a lifetime supply of Jim Bakker food buckets.”

I had one last question on my mind for Dimp Pud and his newly minted chompers, so I caught up with him again at the Pizza Hut parking lot as he was wrapping up his set and struggling to remove an apple from his rear canines to ask: did he have any regrets?

“I wish I hadn’t taken a shit on my creative writing professor’s desk and then pissed my name into the shit my sophomore year of college. I wish I’d piss-written his name in it instead.” I fol- lowed up to clarify that I was referring to the $1400 dental appointment.