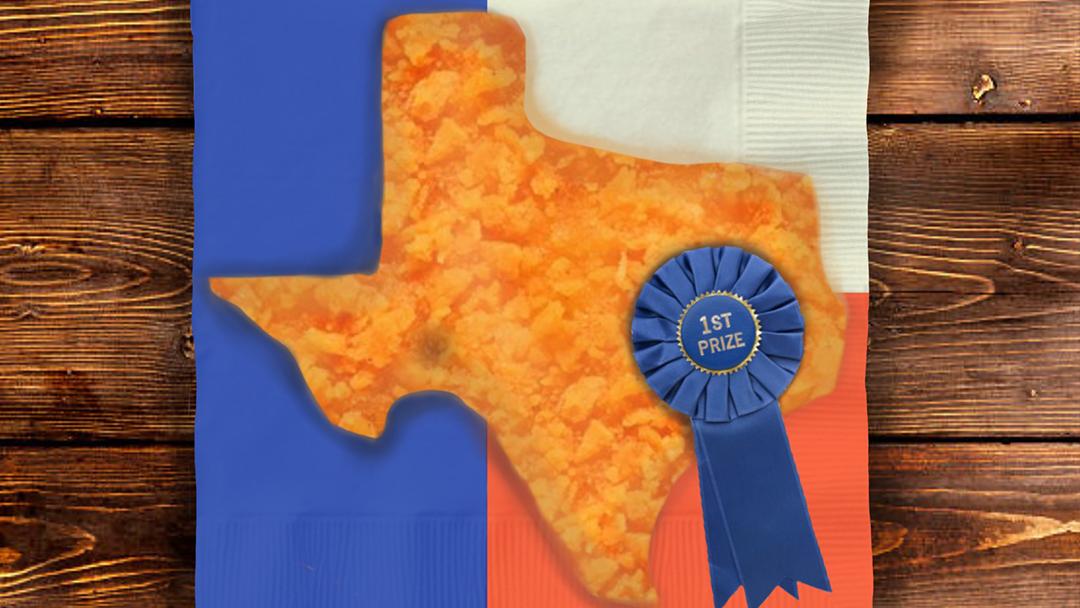 Greetings, fellow Texans. Since 1896, the Texas State Fair has been a celebration of agriculture, education, indoctrination, and most of all—fun! This year, the Fair is doing a little Texas two-step by keenly incorporating our shiniest new state legislation into this year’s schedule. We promise to offer you the finest entertainment while never infringing on your God-given rights. Come on down to the Texas State Fair, y’all—where folks with real Texas values like religion, family, and freedom can enjoy some true Texas-style fun.

Due to COVID-19-style precautions, only unmasked and unvaccinated attendees will be allowed to roam the grounds freely. Anyone in possession of a mask, hand sanitizer, or a vaccine card will need to wear a Texas “Yellow Rose” armband alerting others to their political beliefs.

FUN GAMES: In Texas, our gun laws are about two things: having more guns, and being able to use them. Every patriot is welcome to fire away at moving targets, milk bottles, and rubber duckies at our shooting booths. The fun doesn’t stop there, though. Enjoy blanket immunity to shoot stuffed animal game prizes, fried turkey legs, craft goods at the bake sale, and any aircraft violating the Texas State Fair’s sovereign airspace. (Unarmed attendees caught in any crossfire will be required to replace lost munitions, submit letters of apology to the shooter, and can be held liable for emotional damages.)

A PARADE: Watch the Patriot Parade at sunset as patriotic members of the Three Percenters, Oath Keepers, and the Boy Scouts march with tiki torches to celebrate America!

HISTORICAL FARMSTEAD: At the reconstructed Mill House, kids can have hands-on experience doing farm work, including fetching water pails and helping to castrate and brand livestock. Expecting teens can give birth on hay bales without a nosy doctor’s supervision. Adults are welcome, but to keep things authentic, women will need their husbands’ permission to enter the grounds.

GERRY THE SALA-MANDER: Join the fun as Gerry, our election mascot, artfully divides children into special groups with his magical “Gerry-Sala-Mandering” powers. Selected (white) groups get to cut long lines and dictate who rides which rides… and who doesn’t get to ride at all.

“RED ROVER, RED ROVER, LET AMERICA COME OVER!”: Proud Boys dressed in riot gear with shields and batons will “hold the line,” while participants do whatever it takes to breach it! If you touch Mike Pence’s Gallows, you get to choose your prize from an array of bear spray, MAGA attire, and redacted Constitutions.

COW PIE-THROWING CONTEST: Throw a cow flop at any random person, then flash your concealed carry and see if they dare to retaliate. For added entertainment, hit a police officer and see what happens when you “Mess with Texas.”

BUILD A COMMUNITY WALL: Kids are invited to mold a brick and stamp it with their own Christian name. Bricks will be stored until President Trump is reinstated in the White House, and will then be used to finally build! That! Wall!

COUNTING CONTEST: Pull up a folding chair and help us audit the 2020 election so we can throw out all illegally cast ballots. We won’t stop until Trump wins every precinct, y’all!

WIN A NEW TRUCK!: Texas loves democracy, so we’re giving away 10 brand-new Chevy pickup trucks to voters! Republicans can purchase raffle tickets at Gregg Abbott’s online Super-PAC. Democrats can enter simply by surrendering their driver’s licenses or government-issued IDs (all IDs will be returned after November 5, 2024).

-Bareback Riding: Following a positive ovulation test, young couples will hump away in pickup trucks, each attempting to pull out in time to avoid pregnancy. Some of these gals are hoping for longer than an eight-second ride! -Broadband Busting: Watch these daredevil cowboys tackle a 5G tower. See who can ride the longest without getting their beans fried! -Street Roping: Vaccinated “sheeple” will be released into the arena and chased down by teenagers on horseback with lassos. Grand Prize? A scholarship to Texas A&M’s School of Border Patrol Rangers! -Vaqueros: An open call to all Mexican cowboys who want a shot at the big time. As a participation trophy, all vaqueros will receive a complimentary one-way bus ticket back to Mexico.

LIVE AUCTION: Our live auction, complete with a fast-talking auctioneer, is your chance to bid on prize cattle, horses, and the personal identifying information of women who have recently purchased pregnancy tests.

MUSICAL ACTS: Willie Nelson, Dolly Parton, and the legendary Garth Brooks on stage… would be an awesome lineup if they voted correctly. Here’s our lineup instead: -Ted Cruz hosts Constitution Karaoke! -Former governor and Dancing with the Stars participant Rick Perry performs interpretive dances to a backdrop-montage of footage from the January 6 Capitol riots! -Kid Rock and Hank Williams, Jr., do a TED talk about why they hate everything liberal! -Grand Finale: Bikers for Trump bring their Motorcycle Orchestra and Laser Light Show to the Rodeo arena! Featuring musically inspired engine revving, “Fuck Biden” banner-waving, and a laser beam dust cloud motorcade!

Tickets will sell out fast, y’all!

John Sandbach is a humor writer and poetry bard based in Maui, Hawaii. His work can be found in Slackjaw, Little Old Lady Comedy, The Flossy News and Functionally Dead. Find him online - Twitter: @thesandboxspeaks / email: mauibbq@gmail.com