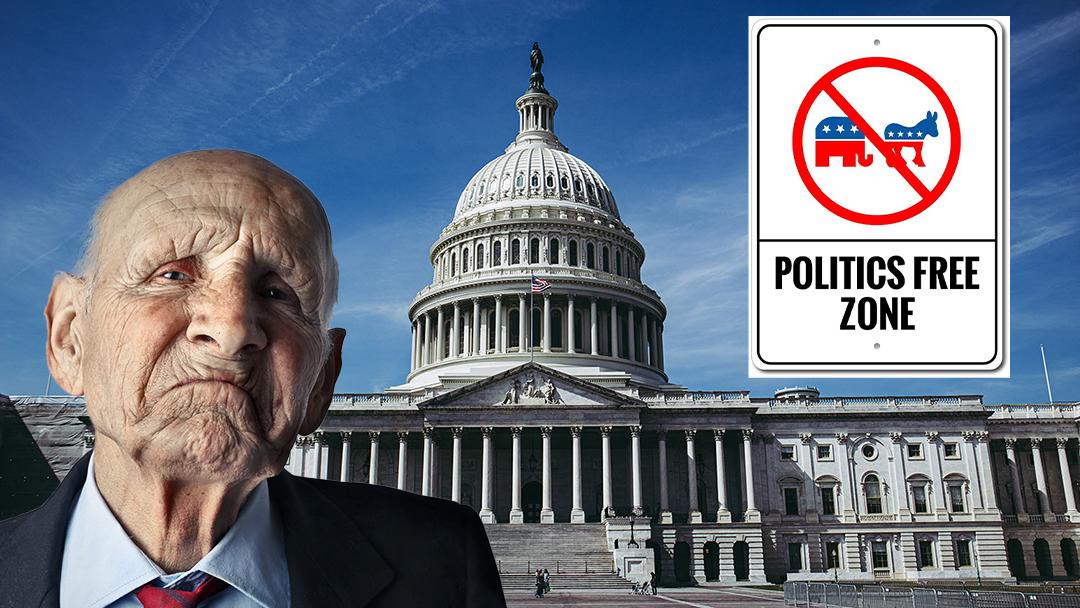 In light of recent events—which have nothing to do with previous events, no matter what certain people are saying—it’s fair to say a specter is looming over our political discourse. The pall this shadow casts is constant and unending, like an oil lobbyist’s corporate Amex card limit. In a horrifying turn of events for important people’s stability, some of you are doing the unthinkable. You’re politicizing politics.

It’s unfair, and frankly, rude to link my decisions, and those of my fellow policy makers, to outcomes in infantile metrics like ‘life expectancy’ and ‘personal debt levels,’ rather than relatable, tangible, adult stuff like GDP and global university rankings. This vulgarity must stop now!

Sure, the decisions of us lawmakers affect the day-to-day lives of citizens in some ways, and I’m not saying we make perfect choices. But politicizing things like opiate epidemics and police brutality is a slippery slope in general, let alone now. Realistically speaking, it’s a risky time to call for wholesale ideological changes when we’re so busy dealing with addiction and lawsuits.

And sure, the temptation is always there to turn tragedy and pain to your political advantage, especially when your media agency claims they can get the tone of every tweet right regardless of content. But that’s no excuse for pointing out that religiosity and teen pregnancy are correlated in the same way the Dow and CEO pay is.

Then there’s the virus. People have died, yes, but they would have done so anyway—most were vulnerable or already sick, so you can’t blame us for not rushing to stop ordinary people from buying shots of tequila and going to the gym. The freedom to spend money, not the ability for the elderly to socialize, is the bedrock of our society. We don’t want to encumber those who keep the cogs turning. The implication that people who want to continue to leer at waitresses and splutter all over strangers are rude is a form of censorship we will not stand for.

Similarly, people complaining about mask exceptionalism need to understand we can’t control private citizens—all we can do is control the talking points we relentlessly force feed them through every aspect of media. But that doesn’t make it our fault the hoi polloi believe everything we say. We just put it out there, like The Secret, or crack cocaine in the ‘90s. Personal responsibility is in our national DNA, and if people don’t remember that then we aren’t going to apologize for it.

Children have died, and these agitators are out there demanding we hurt our good friends at Smith & Wesson and Lockheed Martin in retaliation. They don’t seem to care that our freedom-loving manufacturers are the only people producing armor that has a chance against an AK-47—armor that could, in theory, be sent to every U.S. school and would offer the best protection against the tiny handguns most school-shooters use. They would rather see kids go unarmored than admit they might have jumped the g— been hasty when apportioning blame.

Look. I respect Carol Hanisch. I get what she meant when she said the personal is political. And she’s right—you should keep your political opinions personal. Politics is a show, and we don’t go to shows to be depressed. We go to see how high those Rockette legs go! Nobody likes someone who turns everything into a debate, or a symbol of a culture war, or makes people feel bad for not considering the consequences of their actions. There is a time and a place for that, and it certainly isn’t politics.

Sandeep is a writer based in the UK. He writes mostly fiction, but occasionally the world annoys him enough to make him complain about it in other publications.