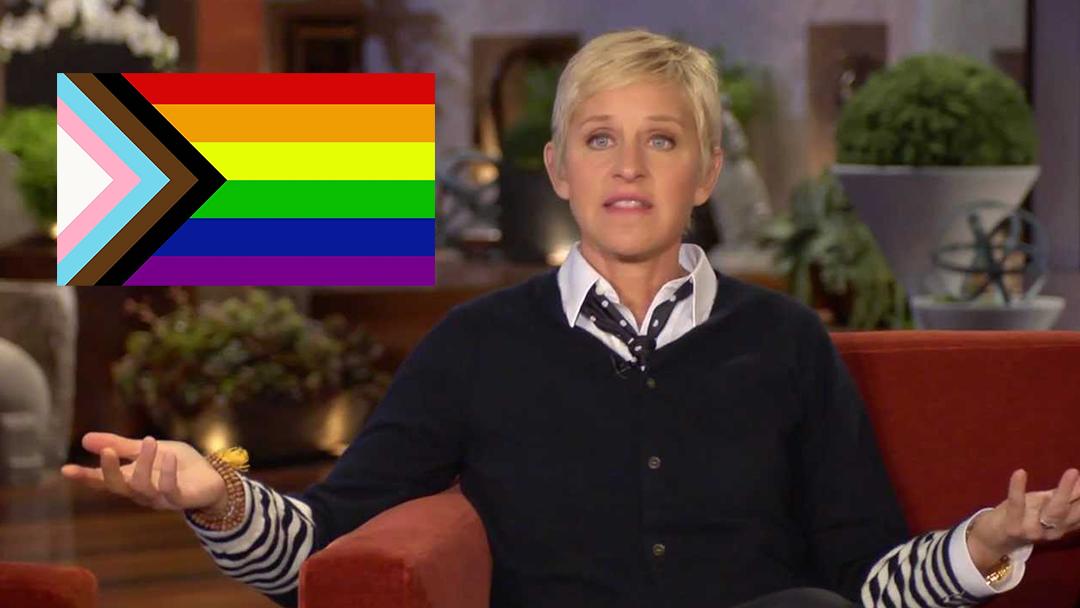 I used to wake up naked from the nips down every morning on the family room sectional and everyone knew that was just Dad being Dad. Now, if nary an unsheathed pube makes its way within 50 feet of the coffee table before 9 AM, Pappy’s cancelled.

Every single day, a new volley is fired by the radical Socialist media apparatus in the culture war being levied against straight, white, likely-to-find-themselves-afflicted-with-priapism-at-least- once-in-their-lives men. Just take a look at your local community to see the fruits of their labor. In the past month alone, my town has:

But I’m not here to talk about the latest and greatest offenses committed by the Pinkos on the Dooganville town council. I’m here to talk about what has become for me, and likely many others, the final straw as far as this culture war is concerned:

That’s right, our Ellen. The Ellen who treats her staff like dogshit but always reminds them who’s the one providing them with health insurance that may not cover elective emergencies but does provide free Levitra for life. The Ellen who gets invited to Cowboys games by Jerry Jones’s daughter so she can Lady-and-the-Tramp a plate of extra-mild wings with George W. Bush. The Ellen who used to bounce around on the beach in a one-piece with her tits ready to leap out and grab you on Baywatch (I think that was Ellen?).

To the Liberals: enough is enough. We’re not taking this standing down. You say she’s got a wife named Portia? So what, I have a wife named Barbara, you jackass, and that doesn’t make me gay. Oh, she came out on TV in the ‘90s on her popular sitcom Ellen? Just because I’m a conservative doesn’t mean I don’t respect the work of an actor at the peak of their craft! And don’t tell me “she’s talked openly about her sexuality in numerous interviews and stand-up specials”—lest we forget this is the very same media that deprived us of years of hits by saddling John Tesh with a dead-end job working for Entertainment Tonight.

We see what you’re trying to do and we’re pushing back, because if we don’t, the next thing you know, I’m gay. And we can’t have that. Not on my watch (which is an EXTREMELY STRAIGHT Timex). My priapism can’t handle it.

I’ll shout it loudly for the red snowflakes in the back of the rainbow bus: Ellen, quite simply, is not gay.