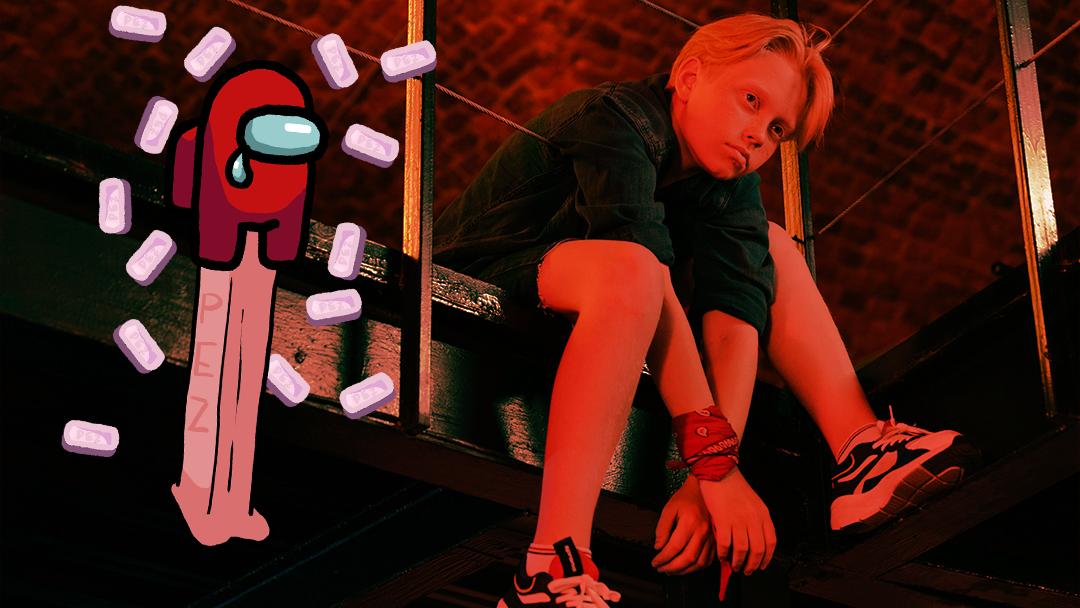 There is a supply chain crisis afoot in the heartland. Grocery store shelves are growing more bare than a baby’s bottom when mommy’s preparing the bottom for a cleansing bath. Suppers for the dinner’s table will be a pittance compared to the plumper offerings of supply chain years’ past. No longer will we dip our thumbs in the figgy puddings. No longer will we bury our maws in a pile of turkish delights. And no longer will we make a right mess of ourselves at Aunt Tootie’s repast luncheon as we tear our way through Grandmama’s ooey-gooey bramble berry treacle cakecle.

And while you may think that’s the worst of it, let me you inform you that I personally know the vicious wrath of a supply chain wrenched from its delicate flow—I know it NOW because I recently purchased an Among Us Pez dispenser for my terrifying son Toffete and it has shipped later than expected. What Toffete wants, Daddy gets, and when Daddy doesn’t get, Toffete makes sure Daddy never doesn’t get again…

There are legislative means to ensure the supply chain continues to function, and yet this Congress feels compelled to do so little. I thank Pappy Joe for using the bully pulpit to compel bosses at the port of Los Angeles to schedule workers to work 24/7 in order to free up the logjam that has become our ships full of goods, and, at this point, bads. The bully pulpit is a powerful tool that must be used to force labor to keep things moving! Interestingly, the “bully pulpit” is also the term Toffete uses to describe the nightstand he’s standing atop while launching Nerf guns at my skull, screaming that “the time for your reckoning is upon us Dadoo. You have not produced the Among Us Pez dispenser as promised. The crowd screams ‘crucify him, crucify him,’ and while I am a just arbiter, I cannot disagree, for this is sus.” He has recently taken a liking to Mel Gibson’s The Passion of the Christand empathizes deeply with Pontius Pilate—so deeply that when he doesn’t get his way, he becomes Pontius, and I a lowly petty thief, not even a Christ-like figure, just a simple Barabbas though this Barabbas is never set free, for there is no freedom from the Tyranny of a Toffete…

But Old Joe isn’t doing enough. Has he considered threatening the pensions of these workers through executive action if they don’t increase their productivity? Has he considered calling upon the National Guard as labor reinforcements at the docks? Has he considered sending someone to do a wellness check on me, as I haven’t reported to work in days as we play out “The Passion of the Chris” (my name is Christopher, though my colleagues call me Christof as I insist they do, but my wretch of a son Toffete has deemed me a Chris for the foreseeable future). The wine cellar has become the stage upon which our fearless director Toffete calls out blocking directions that never fail to push the human body to its limit. The whole family is part of the affair now, and while we cannot argue that his artistic vision is inspired (he’s always been brilliant), we do believe that perhaps this time, our allowance for Toffete’s tyranny has gone too far.

My appeal to the American public is simple: we must not let Washington sit idly by as our supply chain lies in ruins. Think about what this means for your family, for your future, and more importantly think about what it means for us all if we cannot find a way to satiate my terror of a son, Toffete.