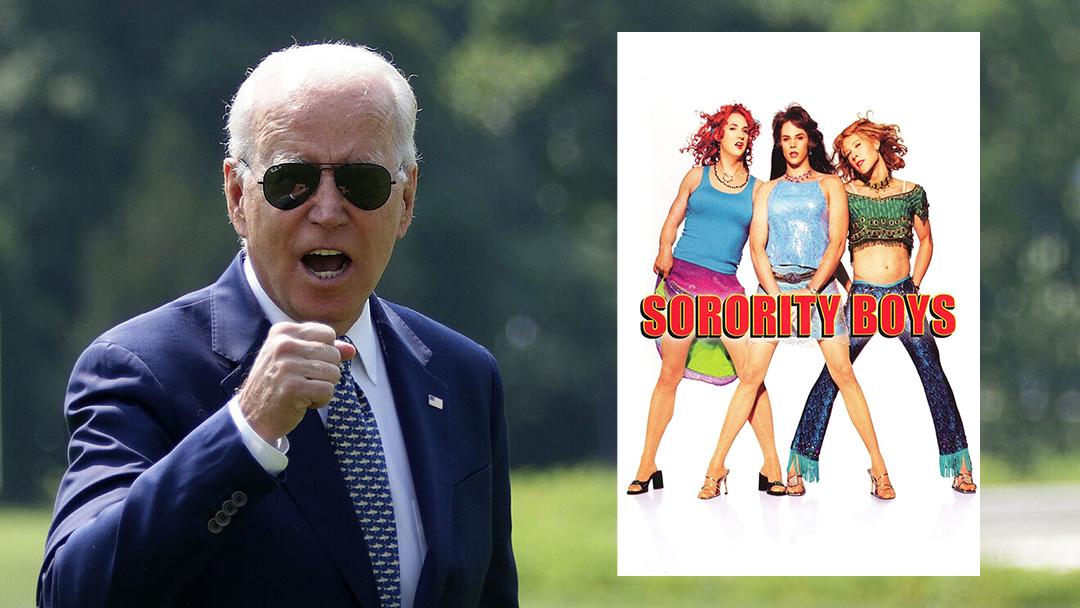 WASHINGTON, D.C. – The mood on Capitol Hill this week was that of jubilation. After a ten year battle, Democrats finally secured enough votes to pass key legislation granting Americans a tax credit toward a digital download of the 2003 comedy Sorority Boys.

“It was a long, hard road, but help is finally on the way,” Senate Majority Leader Chuck Schumer said in a statement on Wednesday. “Every American working more than 40 hours a week will now get to pay slightly less in taxes when they download an MP4 of Sorority Boys.” He went on to acknowledge that the website, sororityboys.gov, is a little buggy, but that they’re “working on it.”

Democrats announced their victory at a press conference in the White House Rose Garden. Dozens of activists (all of whom work for, are related to, or just plain are Sorority Boys actor Harlan Williams) joined Democrats in the celebration. “This is a win not just for the Democrats, but for the Sorority Boys-loving American people,” Speaker of the House Nancy Pelosi said. “Yes, we may have given up on raising the federal minimum wage, but now it’s slightly cheaper to purchase a digital download of Sorority Boys. And for those of you who plan on buying a copy of Sorority Boys every hour you work from now on, we actually kind of did raise the minimum wage if you think about it. That’s just good politics.” A reporter with The Intercept, who did think about it, was escorted from the premises and had their press badge revoked when they attempted to ask a question.

“We only control the executive and legislative branches,” the Speaker added. “We’re doing the best we can.” “Some so-called progressives are claiming that the Sorority Boys tax credit is useless, as digital downloads aren’t really taxed that much,” Senator Klobachaur said. “And to them I say, talk to the Latinx people in my district, for whom seventy-five cents refunded to them the following year is the difference between putting extra packets of honey mustard from Chick-fil-A on their kitchen table.”

After the tax credit received negative backlash on social media, President Joe Biden acted swiftly in booking the Vice President on Real Time with Bill Maher to address the nation’s concerns. “A question I hear a lot is, ‘Are you guys cynically offering these worthless gestures to distract from the real, material aid you neglect to fight for time and time again, or are you just plain stupid?’” Vice President Kamala Harris said. “And I resent that false dichotomy. We’re Democrats—we can be both.”

As part of the compromise to push this tax credit through, Democrats have agreed with Republicans to default on Social Security, eliminate taxes on stock dividends, and make it illegal to sue a small business. In addition, all digital copies of Sorority Boys will be loaded with NSA software backdoors that will use your CPU cycles in machine learning program that teaches military drones to recognize the different kinds of Muslims they’re bombing.