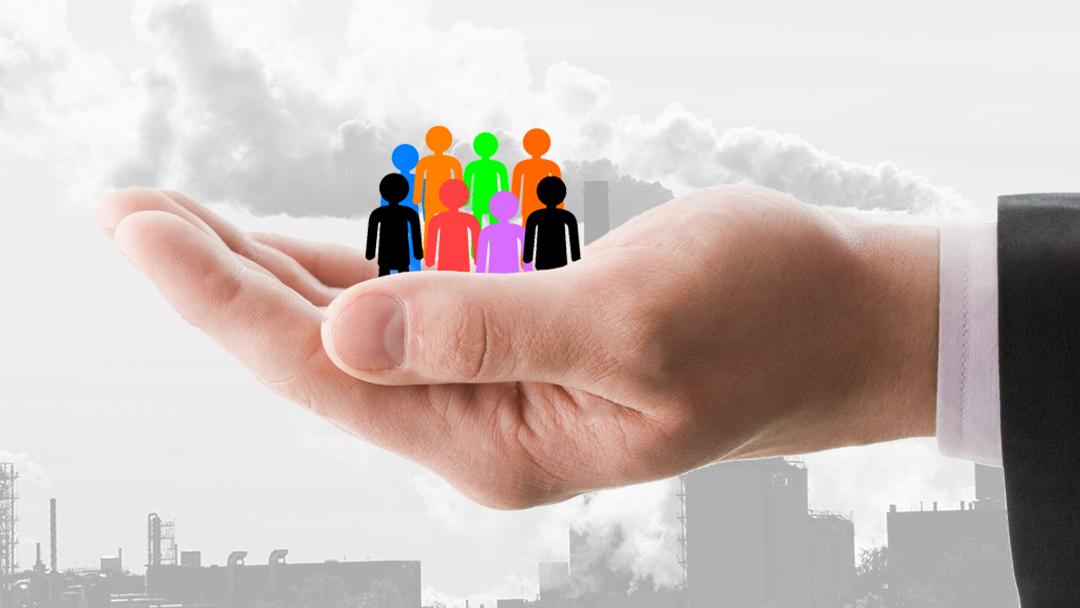 My name is Michael Freeley and I’m a big-shot (very rich) CEO of a company I own.

You may be surprised to read this, but when I was a teenager, I was depressed and self-conscious, made to feel bad about myself and my horrifically large hands. Ten years later, with nothing more than hard work and a small^ loan from my father, I’ve been able to transform myself into a millionaire. That’s success.

The bullying was bad. When I was in middle school, people would write rumours about me on little notecards and slide them into the school suggestion box. Our principal Mr. Buckley didn’t understand jokes, so he would read all of them outloud at school assemblies.

Once per week I’d be subjected to Mr. Buckley earnestly reading things like:

“Suggestion: get Michael Freeley to stop swimming at the lake because his massive hands keep displacing so much water that houses get submerged.”

“Comment: Michael Freeley’s hands are so big, when he asks for a handful of raisins, he means 40,000 of them.”

“Complaint: I saw Michael Freeley trying to get a book out of the back of his locker, even though his humongous hand couldn’t fit inside. Was real disturbing to watch. I puked afterwards.”

Hearing this sort of thing hurt a lot.

It got to the point where every single suggestion in the box was a joke about me. Effectively, the school had a designated half hour every week where the principal would deliver roast jokes about me with a concerned sincerity. There were so many hand-job jokes, I lost count.

I think we can all agree I’ve had one of the most difficult lived experiences of all time.

Now I’m the CEO of a company that sells little novelty hats for ants for people who own ant farms. We’re called Army o’ Hats. Are you a Yankees fan? We sell tiny Yankee snapbacks—you could buy 40 of them and glue them onto the heads of the ants in your ant farm so that when you look at the ant farm, it’s like you’re watching the Yankees, or ants that are all fans of the Yankees. It’s a very successful business.

My employees are like ants, running around the factory, completing inconsequential tasks. It’s amazing how much power you have over people when you control their paycheck. You can make them do pretty much anything. They’ll show up to work even if you say the thermostat’s broken and turn the heat up real hot.

Recently, I’ve been putting in fake orders for ornate hats to my company. Hats like those guys from the trade federation in the Phantom Menace wear. I tell my employees they’ll have to work overtime because the client has a hard deadline. When they ask why a client would have a hard deadline for ant hats, I pretend to not hear them. They know the company’s motto, which I force them to chant before every shift: “hard work builds character bigger than the boss’s normal-sized hands.”

If I could, I’d never let employees leave the ant hat factory. I’d board up the doors and windows and watch them make tiny hats forever with their tiny hands (compared to me). As leading companies like Amazon make global strides towards eroding workers’ rights, this dream gets closer and closer to reality.

Every day I wake up happy and drenched in sunlight. I roll out of bed and rub a gallon of luxury moisturiser onto my gigantic hands. I get to work and look out over my sea of workers, frowns on their weary faces.

A few months ago, I bought the school I used to go to my factory and gave him a new job. Every week, I gather the employees for a keynote, and at the end, I have Mr. Buckley read from the suggestion box. Every single suggestion is written by me about how normal my hands are. I dock the pay of any employee who doesn’t murmur in agreement.

Anything can be achieved through hard work.

Tim Dunk is a comedian from Sydney, Australia. He is loved by all and has never felt a negative emotion e.g. loss. Find him on Instagram: @rip_timdunk or Twitter: @timdunk1