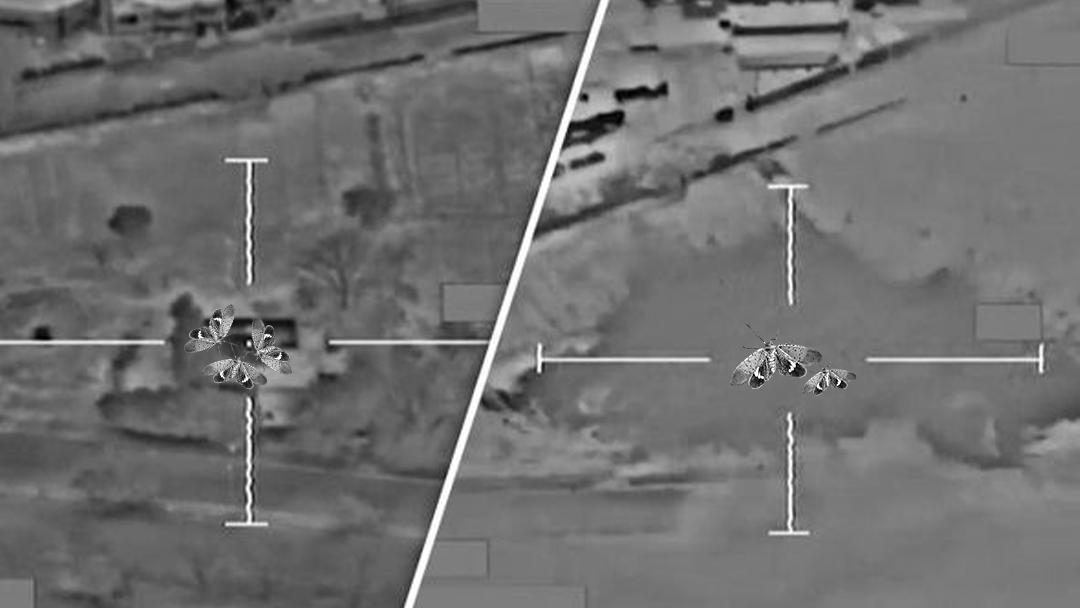 Crunch, crunch! The New York Times is once again hopping aboard the war train—another Iraq, you ask? Afghanistan again? Surely not China…? War, war… hmmm… Cold? Drugs?! No dear reader: been there, done that. Not to be accused of joyriding said death mobile over well-trodden tracks, the Times is throwing its full-throated support behind a new kind of battle: one forged against the Spotted Lanternfly.

In classic fashion, the Paper of Record demonstrates remorse in their bloodlust, making their genocidal support more palatable for its swath of liberals who cloak their self-serving brutality in a vegan mink stole of decorum. The bug is so beautiful, they opine, so exotic. But just like the Muslims born on mineral-rich land, these living beings must be eradicated simply for existing. Sorry guys… wrong place, wrong time.

But this time, it’s not the Gray Lady’s gray lady Judith Miller leading the charge—it’s someone else (I can’t see who since I refuse to pay for a NYT subscription). But this paywall, dear reader, won’t stop Functionally Dead (a notoriously free publication) from asking the hard-hitting questions: who is the real enemy here, and what are they trying to distract us from? Mayhaps the rag intends to give the Libs something to do, since controlling all branches of government isn’t enough to protect abortion rights, raise wages, and garner healthcare for the masses. The powers that be would prefer us stomping bugs to building a mass organized labor movement—why strike for racial, economic, and climate justice when one can merely strike a winged creature with their boot?

“Invasive species,” they are labeled. Well we’ve heard that before, haven’t we? They’re coming to take what’s ours, but they’re not going to get it. The Times even aims to enlist civilian New Yorkers into the War on Bugs, inviting them to stomp out any Spotted Lanternfly they come across, from the Brooklyn Bridge to the Apollo Theatre, from the Coney Island Cyclone to that weird structure everyone keeps throwing themself off of on the West Side. Gaze at its beauty; ponder its journey; end its life. Crunch, crunch, crunch! Not since 9/12/01 has the city been so united in its passion for blood.

And only when the streets are lined with the polka-dotted corpses of the enemy, will we look back and wonder at the weak case put up against the Fly. Did the Times do them justice? Was their reporting cloying, spotty, and rife with editorial inaccuracies? Should we have asked more questions on behalf of those Spotted beauties whose blood runneth down Houston Street? Is this country a death cult ever goose-stepping into the hellfires of late-stage capitalism? Are we next? But there’s no time for that, dear reader, for they will already be dead.