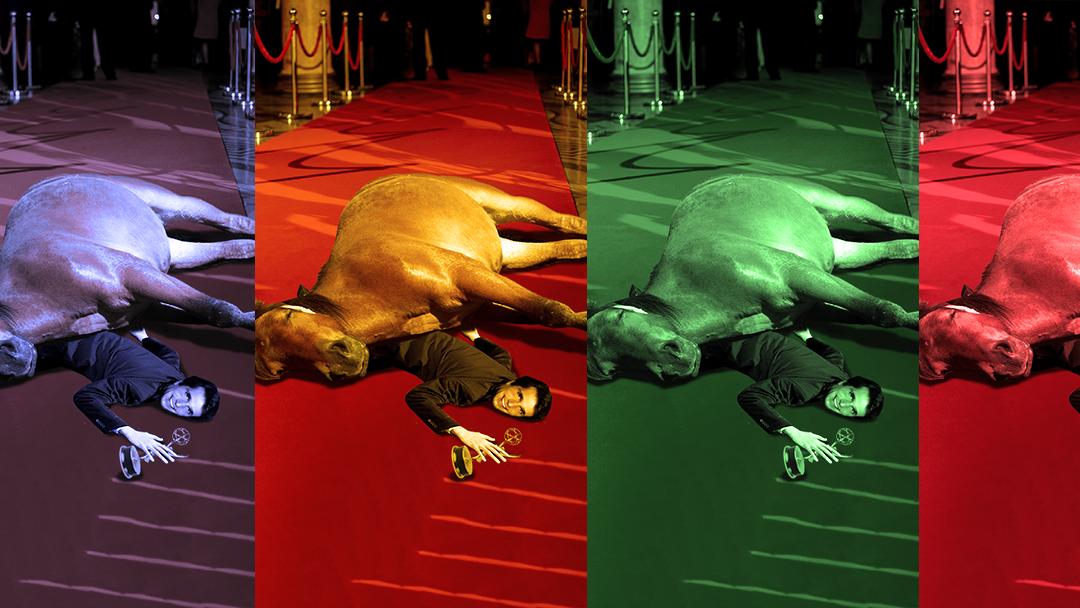 Every year, billions of starry-eyed thespians travel to Hollywood America City Los “L.A.” Angeles hoping to make it big. When a 22-year old Henry Winkler stepped off the bus, he was no different. He too had dreams. Dreams of stage, screen, and changing his name to something other than already well-established actor Henry Winkler in order to join SAG. But the first issue pressing on him was the carcass of a mustang physically pressing on him after it collapsed in the street. (Don’t feel bad for the horse; it’s TikTok presence was laughable.)

Henry Winkler could have given in right there, but the thing about ol’ H.W. is he sees opportunity in every situation. He also loves wordplay, so he started calling them “hopportunities,” because he was in shock and mistakenly thought horses hopped. His first hopportunity came when a passerby noticed Henry and screamed, “Oh my God, are you alright?!” He simply replied, “I will be—once you bring me a typewriter so I can brush up my resume.” She laughed uneasily and never returned.

Another stranger wanted a selfie with “dead Seabiscuit,” so Henry took his chance to photobomb the background and get some new headshots. By this point, numerous blood vessels had popped in his right eye, so he went for a winking pose. Casting directors love a cheeky scamp!

Just before sunset, as the magic hour hit, Henry found himself with the perfect natural lighting to film a scene for his reel. Sure, his skin was sallow from lack of nutrients, but across town, Jared Leto looked exactly the same as he prepped for his next role as a Venetian plague doctor. It’s called character acting! Undaunted, Henry turned to the nearest security camera and performed a comedic monologue for the ages.

As the days wore on and the offers failed to materialize, Henry developed the cynicism that’s enraptured many a struggling actor in the City of Angels. Unprompted, he’d yell “This town reeks! Specifically, of rotting flesh and horse sinew!”

But one morn, he had a revelation. If the roles aren’t coming to you, you’ve got to bring yourself to the roles! And so, a one-man (and horse corpse) show was born. Henry could have gone with the obvious choices, like Equus or a dramatic reading of “Mustang Sally,” but that’s some amateur being-pinned-by-a-horse shit! This show required something personal and raw, something the lower half of his body now lacked: feeling.

A crowd gathered, either drawn by Henry’s talent or the misunderstanding that they would be seeing veteran of the small screen Henry Winkler. Nevertheless, they listened to his story. A story about growing up as a young Iowa farmhand, whose passion was mocked by his alcoholic father and the abusive bullies on the playground. Who lost his mother at a young age, and could only connect to women through meaningless, mutually orgasmic sex. Who received a scholarship after winning a chess tournament, and became the first African American to go into space. It wasn’t Henry’s story, but his brain was rapidly losing oxygen, so he thought it was.

Upon his final word, applause blared around him like a siren. Cameras flashed blue, similar to ambulance lights. A couple of fans even rushed towards him and started shining torches in his eyes, as those Gen Z’ers are wont to do. Henry turned to the nag and joked, “They don’t say ‘Bright Lights, Big City’ for nothing!” But they say that about New York, so the decaying horse ignored him.