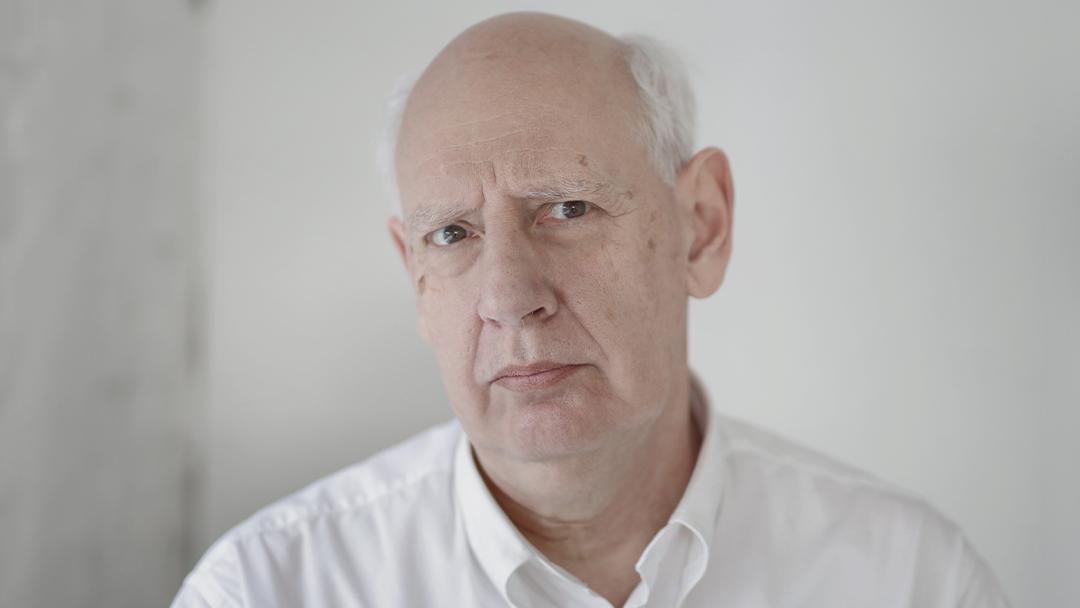 Who knew political cartoons could be so controversial? I certainly didn’t, and I’ve been emailing original political cartoons made on my iPad while I watch The Kominsky Method semi-monthly to my pseudo-friends, proxy-confidantes, and the Assistant Editor of The New Yorker for over two years.

A recent cartoon of mine entitled “Christ Nazi or: How I Learned to Love Jeffrey Epstein” went viral on Twitter, TikTok, and Weibo for being “deeply offensive in its content, its lack of artistry, and because no matter how much I look at it, I really do not understand what this freak is going for.” It was the cartoon that “broke the internet,” just like Kim Kardashian’s big, beautiful ass did when an amateur photographer snapped a candid of her using her badunk as a shelf while she poured herself a glass of Cupcake prosecco. Now that the controversy has died down, I’d like to take the time to explain what I was going for in this piece, hopefully starting a civil discourse surrounding the power that illustration wields upon our minds, especially when brandished as a sword in the political arena.

The naked man with a small penis who looks kind of hot despite his penis being extraordinarily small is meant to be Jesus Christ. If you zoom in on the penis, you can see “J.C.” on the tip. I have always believed that Jesus Christ is a very hot man with a very small penis ever since I first heard the story of The Loaves and the Fishes. I believe it was Peter who said, “Jesus, by the grace of your divine presence—despite your dinky little dong, which everyone could see the whole time because your robe is quite short today—we have fed the hungry masses.” I may be butchering the quote as I haven’t touched a Bible since age 13 after I burned my hands on a King James that I set fire to in front of my least favorite nun (Sister Courtney) as a Jackass prank I did on spec, but I think that was the gist of it.

The 12 pigs in bishops’ hats feasting on Jesus’s body are meant to represent the American Catholic bishops who have said they will deny The Eucharist to pro-choice politcians. I made them pigs because pigs smell bad. The reason they smell bad is because they roll around in the slop all day long—the very slop they poop and piss in because pigs do not use a litter box, nor are they trained to duke in a toilet or bidet. You see, the bishops are just like these dirty little piggles to me. They’re feasting on Jesus’s hot, delicious body in the form of the Eucharist, but they’re pooping everywhere while they do it. When pigs eat, they eat in the slop; the very same poop and piss slop that I just described. The “pooping” by the bishops is their recent proclamation. If you actually zoom in on one of the poops, the poop says “I am being political.” I made 12 bishops because Jesus had, if I remember correctly, 12 apostles, and it made me feel clever to draw that connection. There is no meaning to there being 12 bishops otherwise.

There is a woman who looks gay and modern just off to the side of this scene, staring at the hog bishops who are eating Jesus’s sweaty body (before the cartoon, Jesus had just done a 45-minute High Intensity Interval Training session that he found on PopSugar’s Youtube page). This woman is wearing a t-shirt that says “Planned Parenthood.” Does this person frequent Planned Parenthood? Are they prochoice? Do they get a new abortion every single day, for fun, because it’s their favorite thing to do, even when they are not even a little bit pregnant? That is ultimately up to the viewer to decide. However, the backs of this person’s legs say “Proud Gay Modern Catholic” because that part is NOT for you to decide. It was for me, the artist, to decide. Sometimes art is about being so clear that you can’t help but think, “this part is NOT up for interpretation.”

This is the point where I want you to notice that Jesus is pointing at the modern, gay woman and in a speech bubble says: “No me for you!” A memory should flood your cerebral cortex. A memory of a simpler time when your former family, future coworkers, and most notorious neighborhood medical device salesman would gather around the boob tube to watch your favorite program, The Jerry Seinfeld Show. “No me for you” is meant to sound like “No soup for you,” the famous catchphrase of Cosfeld Kramer’s good friend, The Soup Nazi. When you see “No me for you,” I want you to think, “Jesus, it turns out, is just like The Soup Nazi in a way.” It’s funny because the American Catholic bishops DO want us to believe that Jesus is like the Soup Nazi—he doesn’t want us to have soup (his body), but in reality, Jesus wants everyone to have soup (his body), and the only soup (his body) he doesn’t want anyone to have is his tiny piddle pusher (mulligatawny recipe).

As for the title, I chose “Christ Nazi” due to the obvious allusion to The Soup Nazi. As for “How I Learned to Love Jeffrey Epstein,” well, this is meant to be a reference to Dr. Strangelove or: How I Learned to Love the Bomb because that movie also uses the “or” feature. “Or” has always been one of my favorite sentence features. I thought it would be fun to have an “or” in my title so I inserted the “or” that made you think the most. How could anyone learn “to Love Jeffrey Epstein?” Well, there are probably a lot of ways someone could learn to love him, aren’t there? It might also depend on who the person is that is speaking the title… Is that a hint? Hint: it is..

The piece is meant to have been titled by Ghislane Maxwell, the famous gay ex-confidante of former titan of Little St. James industry, Jeffrey Epstein. Wait a second, is Ghislane the person in the Planned Parenthood t-shirt, then? That’s up for you to decide, unless you’ve spotted the sentence I embedded in her hair that says,“This person is Ghislane Maxwell.” If you found that, then it turns out, it was up for me, the artist, to decide all along.

I have now gone through each point that needs clarification. I hope this explanation will help the public to better understand my intent with this exciting piece. I never meant to offend anyone. I simply hoped to make you think.

No one seemed to have any questions about the copy of The FountainDEAD by “MAYN Rand” that Jesus was holding, so I will not be providing any follow up on that.