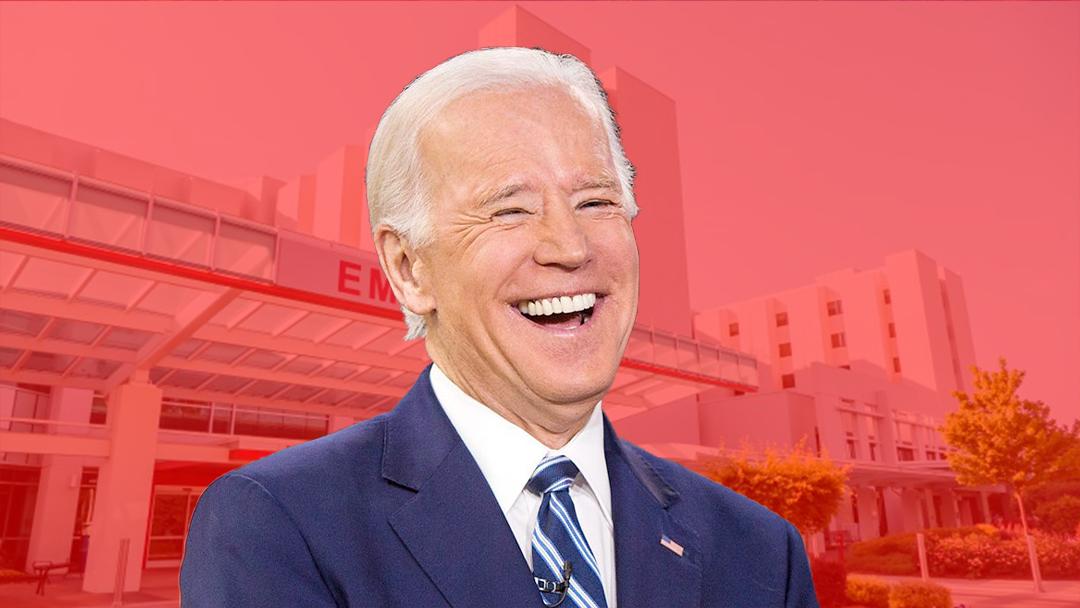 President Biden recently released his historically robust $6 trillion 2022 budget. This big boy has it all—$715 billion for the Pentagon, $617 million to vaguely combat climate change, $8.7 billion for the Centers for Disease Control and Prevention, generic-brand electric toothbrushes for all White House staff, a growth spell for Jimmy Carter, and a fifty foot light-up map of China the President plans to set fire to next time he’s “steamin’ mad” (the last three are conjecture on the part of this publication).

“This thing is like a piñata!” Chuck Schumer said of the next year’s budget on Friday, “I mean, I don’t know how he packed so much in—it’s got a little bit of everything, you just have to be willing to beat it with a stick, dig around on the ground, maybe push a kid.” Despite Schumer’s festive comments, one budgetary item appears to be conspicuously M.I.A.: medicine. Sure, there’s some COVID stuff in there, a possible Medicaid expansion, some peanuts for the homeless that could end up trickling into a lil’ medical assistance, but the elephant in the room at risk of losing a leg needs insulin, and he’s not gonna get it.

This administration talks a big game about dignity, equality, and “real folks,” but when it comes to basic human needs, they are failing to meet them. Sure, we may see a pastel trans flag-painted rainbow rocket driven by a gay Black pilot blow up half of Palestine, but those “real folks” Biden loves to croon about in his unintelligible speeches, punctuated by pedophilic bon mots, are suffering and dying in record numbers, despite their unprecedented military protections.

Functionally Dead caught up with a WH aide who had his wits about him enough to ask to remain anonymous before downing six Jack and Diets: “With a budget this size, it’s actually so impressive that there’s no path towards universal health care. I mean, this thing is fuckin’ huge! They didn’t scrimp on anything, like I legit saw something in there about a Major Biden clone for every ICE agent and their family. They must really, really not want people to go to the doctor.”

As working-class Americans' quality of life continues to erode, and we blow the crotch out of our already-tenuous safety briefs, remember to take your vitamins, my friends (you’ll have to buy your own—I crawled around on the ground with Chuck and there aren’t any in the party piñata). No one, even the largest fiscal budget by over a billion dollars, is coming to save us.