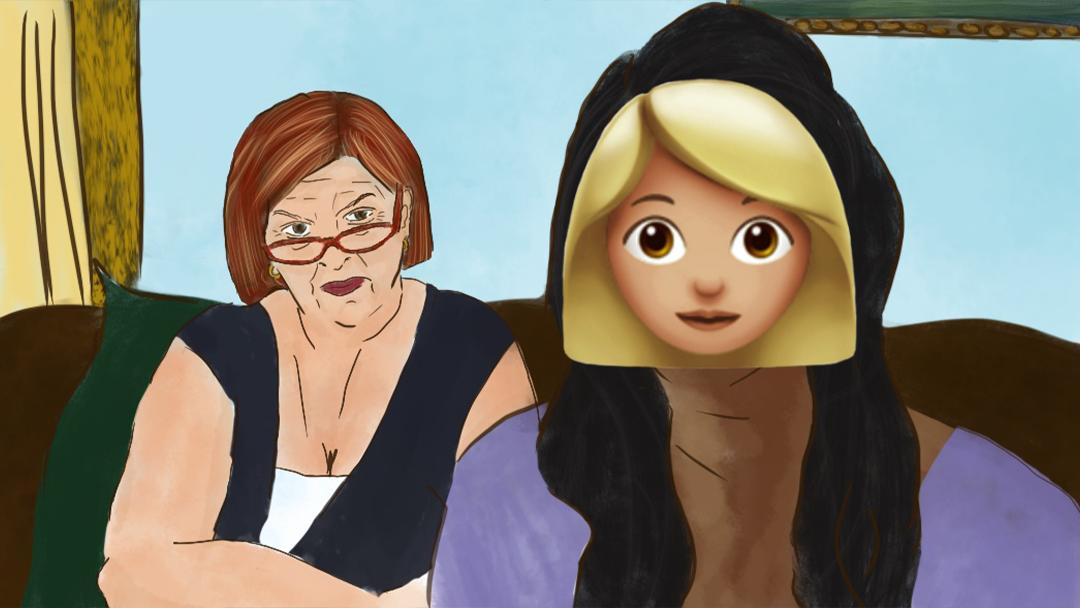 Have you ever shown up for dinner with your white boyfriend’s parents only to belatedly realize that you’re not white? Have your white boyfriend’s parents recoiled in horror upon realizing that their future grandchildren will put ‘half-white’ in their TikTok bios? Perhaps you’ve been through the harrowing ordeal of accidentally serving bird’s eyes chili in your cooking in a feeble attempt to win them over with Exotic Dishes From Your Culture?

Rest assured, this happens all the time! Follow these easy steps to ensure that you too will be appreciated for who they perceive you to be, and not who you really are!

Stop moisturizing! Stop doing anything to your skin! Your boyfriend washes his face with a Dial bar and your boyfriend’s withered white parents definitely didn’t wear SPF in their youth, so why should you? It’s a great way to save money, and an even better way to get that extra-crispy raisin-like skin texture that is to die for! Literally! You’ll increase your chances of skin cancer with this simple hack!

I’m sure your parents put a lot of thought towards your name, but let’s be real—it’s just too hard to pronounce! Stick with the gendered classics like “James,” or “Lisa,” or “Kyle.” They’re causasian classics for a reason! And if you want to add some cultural flair to your new adoptive white name, you can simply capitalize random symbols and use multiple letters to make a single vowel sound like KayLeigh and LeAnne!

If they’re ‘progressive’, then you’ve subtly insinuated that you are the Better Pee-Oh-See, but if they’re overtly racist, even better—you can just join in!

It’s 5PM. You’re inexplicably having the earliest dinner of all time with your boyfriend’s family as the news highlights racial injustice somewhere across the globe. You can sense your boyfriend’s mother, Lauren, tense up in her suburban seat as her husband Mark picks up his knife to gesture towards the TV. This is where you jump in. Quickly veer the conversation away by loudly proclaiming how this is the best meal of your life… yes, even better than the chicken we get back home, as my tiny nation cannot keep up with Western agriculture and has suffered greatly thanks to Western goods being subsidised heavily so that local produce suffers. All will be well!

Hire a White Person from Fiverr to Replace You ¶

Fiverr is an online marketplace for freelance services. It’s also an excellent way to find cheap, non-union labor! Get an actor to replace you throughout your meeting with your white boyfriend’s parents and you’ll fool them in no time! Insist that any racial disparities are simply caused by ‘Photoshop’ and ‘the deceitful nature of social media!’ After all, isn’t this just your way of claiming colonial reparations?

Wait, what’s that? You’ve worn colored contacts, donned a blonde wig, and Melissa is telling you how she’s always admired your ‘golden brown complexion’ and seemingly small stature, despite the fact that your height is above the national average? Just break up with him, man… after all, dating you is your white boyfriend’s only way of rebelling against his family! Prepare to be replaced by a more plain, quieter white equivalent!