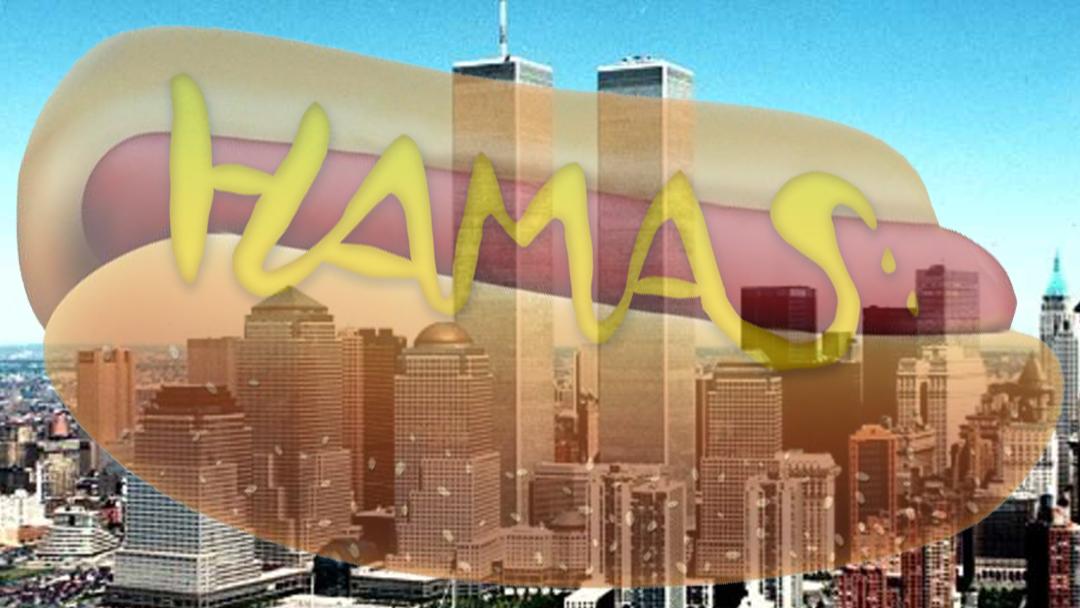 GUANTANAMO BAY, Cuba (FD) – A military tribunal in Guantanamo Bay has moved to acquit 9/11 mastermind Khalid Sheikh Mohammed after he revealed through enhanced interrogation that the target of the terror attacks was a hot dog vendor named Gary in the basement of the World Trade Center who was working with Hamas.

“In light of this new, shocking information, this military court must move to acquit one Khalid Sheikh Mohammed on the grounds that Hot Dog Gary from Hamas was using the Twin Towers and its occupants as a human shield,” presiding officer Colonel William Huckler said on Friday. “Given that these people stood between justice and Hot Dog Gary, their deaths are retroactively justified, and the attacks will hereby be remembered as a brave act of self-defense.”

Following Khalid Sheikh Mohammed’s acquittal, many questions remained, such as this one posed by Functionally Dead’s 9/11 correspondent outside the Guantanamo Bay Detention Facility: “why attack the Pentagon, and what of the fourth plane that landed in Pennsylvania?”

“You have to understand that we did everything we could to minimize civilian casualties, but there will always be casualties in war,” KSM said as he was being released. “That is not a reason for us not to launch precision airliners directly into the buildings housing these monsters.” The rest of the press corps covering the event nodded in agreement. It checked out.

Some have rebuffed this defense, saying no proof has been provided that Hot Dog Gary was ever inside any of the buildings targeted on September 11th, and even if there was proof that he was there, why not arrest, detain, or even compromise Hot Dog Gary to a permanent end without taking down entire buildings full of people and crippling a city, first? We posed these questions to Jen Psaki at her daily press briefing.

“This administration has always maintained that the 9/11 hijackers have a right to defend themselves. Are you suggesting they don’t? Seems kinda weird for you to say that.”

We were then asked to leave for the remainder of the briefing as Jen Psaki discussed the Biden administration’s TikTok strategy to engage with K-pop fans on issues of social justice.

We will update this story as it continues to evolve.