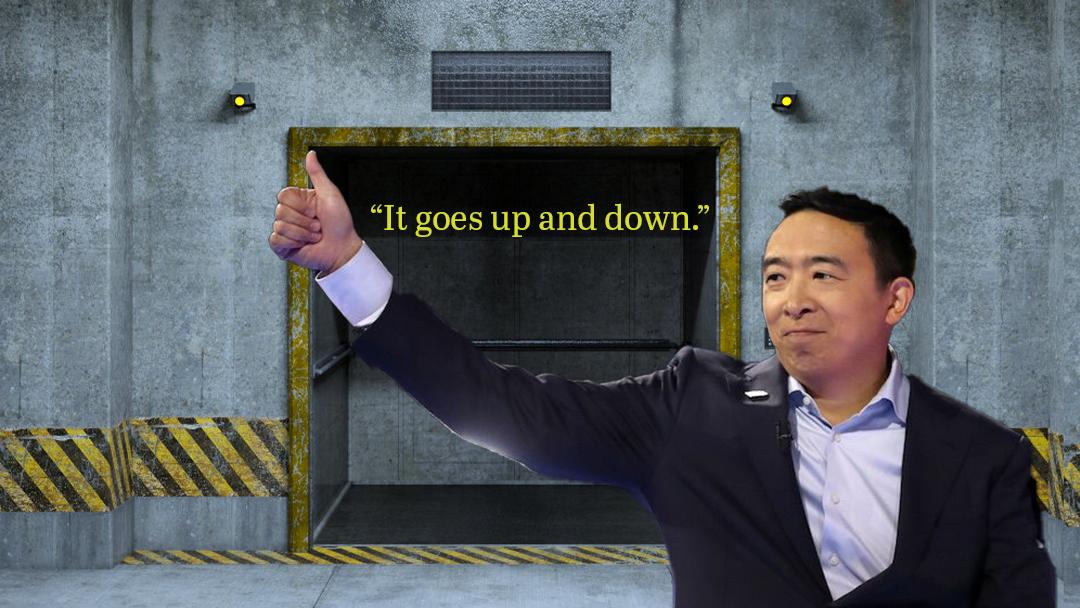 The number one complaint I’ve heard from New Yorkers—after the cost of rent, the cost of healthcare, and the bloated police budget—is about our subways. No matter their race, religion, gender, sexual orientation, or Mets/Yankees allegiance, every New Yorker agrees: our subway system is broken. “Too many delays,” I hear. “The cost of a Metrocard keeps going up, but the service is getting worse,” I hear. “Why can the subway only go in a straight line?” they say. And mostly: “Why can’t it go up and down?”

For too long, New Yorkers have been riding the subway on just one axis. How many times has your train been stuck behind another train, causing you to be late for work? Sure, the conductor apologizes for the delay, but has anybody ever tried solving the problem?!

That’s why, when I’m elected mayor, I’ll be introducing the brand new Z train: the world’s first subway that travels on the z-axis. Think of it like an elevator that can only go about six feet. But that’s all you need to make subway congestion a thing of the past.

Yes, I’m aware that there’s already a Z train. To prevent confusion, that Z train will be closed, effective immediately. It was just an express train, anyway, unable to do even the most basic floating.

Stuck behind a broken-down N train? The Z train can hover up and over, getting you to Herald Square on time. Pesky 7 train having trouble getting you across town? With the Z train, now you can go uptown! Not uptown like to Washington Heights, uptown like up towards the street. Up, the direction. But again, only six feet up. The Z train doesn’t go above ground. That would, by definition, make it more of a trolley than a subway, and that just doesn’t make any sense. No, instead, the Z train just briefly hovers above other trains before plummeting back down onto the rails. And when I say plummet, I mean plummet—this thing hits the track HARD and FAST. Every day is like riding the Tower of Terror in Andrew Yang’s New York City!

Some of you MTA union types might be screaming, “the thrust required to lift a subway underground is dangerous and would kill hundreds of people,” and “the subway tunnels aren’t built to have a train go above them.” And to that I say, “where’s your imagination?” I’ve been meeting with Elon Musk once a week at Tavern on the Green (we bring our own Soylent), and he claims that for a mere eleven trillion dollars, he can have a working prototype in six months. New Yorkers can look forward to the “Zlaunch” sometime this fall.

I’ll see you at the Zlaunch, NYC (I will not be there as my transition team has advised me there is a high probability something might blow up)!

Please note that the Z train will only be traveling from Times Square to Herald Square for the foreseeable future, and each car is going to have a weird smell to it—think hot piss and an old hard-boiled egg. Also, your standard Metro Card won’t work on the Z Train—you’ll have to purchase a “Z Card” with BitCoin at a kiosk inside the Times Square Bubba Gump Shrimp. To prevent turnstile-jumping, NYPD will be out in full force, with their brand new ZRifles that shoot bullets up and down (and they said Silicon Valley couldn’t re-purpose their tech!).