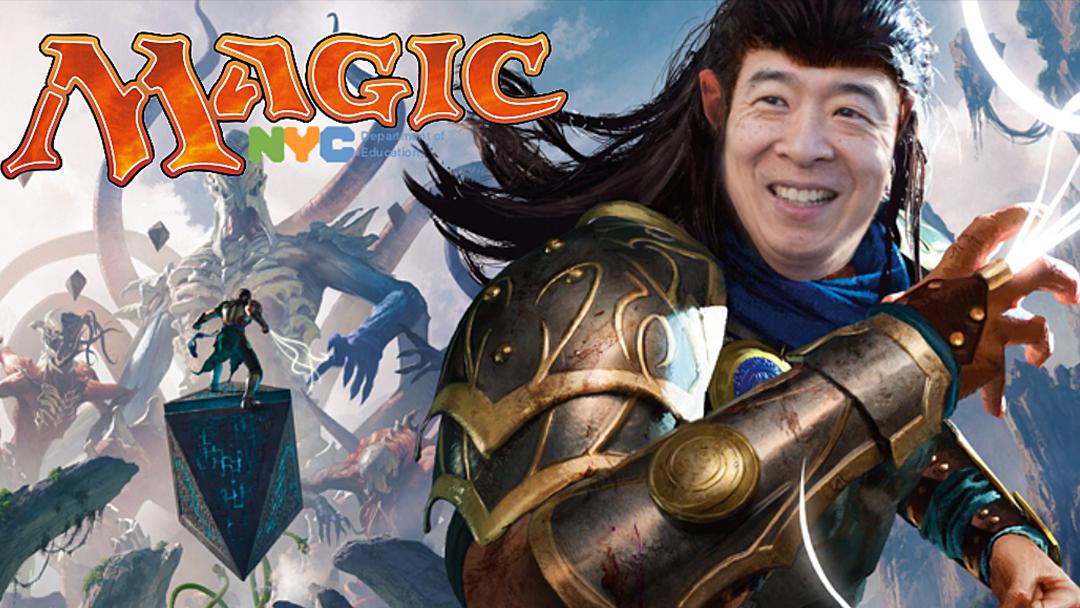 Andrew Yang unveiled his vision for the Department of Education this weekend at a campaign stop in front of the Magic: the Gathering display at the Atlantic Center Target in Downtown Brooklyn.

“After a long year spent social-distancing, the city’s children have been missing out on foundational, early-development skills, such as learning how to socialize with others, sharing, and developing a strong draft strategy for Magic: the Gathering pre-release events,” Yang said at the event. He then picked up a starter deck and pointed to the display behind him, “Strixhaven’s release has come and gone, and 68% of the city’s six year olds couldn’t tell you what a mana curve even is.” A visibly frustrated Yang threw the starter deck, hitting a Target employee in the shin. It was at this point that the store manager asked the Yang campaign to leave. Yang laid out the rest of his vision just outside of the GameStop on the first floor of the Atlantic Center Mall.

“If you elect me as the next mayor of New York City, I vow to reinvest in early-childhood development. I will hire Magic the Gathering pros like Jon Finkel and Kai Budde to the Department of Education on day one as part of a ‘Young Planeswalkers’ pilot program to give our kids the mulligan that standard M:TG rules promise them. My DOE will bring live tournaments back and work with the Parks Department to fast-track the permitting of outdoor pre-release events in city parks, giving them special priority over community events and protests. This pandemic has been hard on our children and has left them woefully behind. No child should find themselves in a scenario where they are entering the first grade and unable to recognize that they’ve drafted too many 5-7 drops with no strategy for getting creatures on the board early.”

When questioned on how this would help bridge the year of virtual learning at home that has left many young New Yorkers at a deficit, Yang opened a box of booster packs and screamed “Magic cards for everyone!” before throwing them into the small crowd, hitting one child in the shin. He ended the stop by cracking open a booster pack of Time Spiral Remastered and yelling “Woah! A foil Thoughtseize! I already bought five of these—who wants it?”