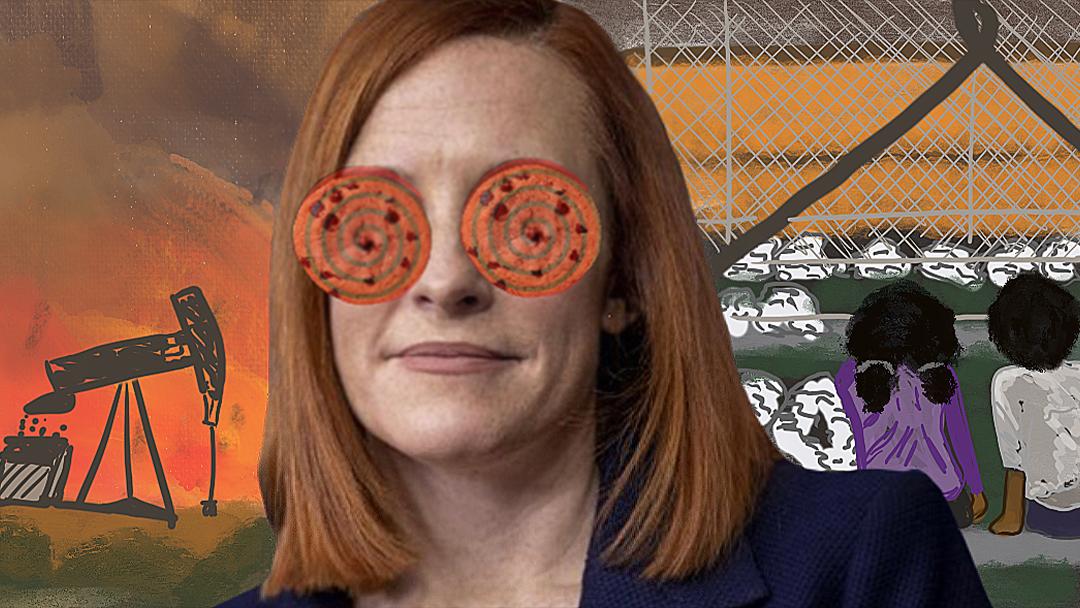 Press Secretary Jen Psaki made an emotional appeal to the White House press corps at her daily briefing yesterday afternoon. After being asked by The Washington Post’s Anne Gearan if the White House is planning legislation to tackle the inhumane treatment of migrant children in border detention camps, Jen Psaki teared up and said, “Every day I come to this briefing, and every day you ask me questions about the border crisis. Has no one considered how that makes me feel?! I would love to not answer that question, Anne, and so I will not! Instead, I ask something of each of you: can we move past not talking about children in cages so we can spend time not addressing climate change?”

The stunned and visibly emotional White House press corps seemed all too eager to oblige, as the next question from The New York Times was, “will you be offering us the recipe for the delicious cookies your mother-in-law baked for us last week?” On the topic of her mother-in-law’s cookies, Jen had this to say: “Absolutely. She’s been making those cookies for decades. It’s ingredient-for-ingredient based on a Cheesecake Factory recipe. I’ll have that for everyone first thing tomorrow.”

As everyone nodded in unison, CNN’s Jim Acosta pushed back, “I’m sorry Jen, just one last follow up. The border crisis continues to grow as the Biden administration shows no signs of keeping their campaign promise to end the detention of migrant children in cages. On top of that, the administration’s plans regarding the looming catastrophes associated with climate change appear to simply be another opportunity to kick the can down the road another ten years, as most of his initiatives will not come to fruition until then, virtually guaranteeing Republicans will overturn everything this administration has done, which is already woefully insufficient next to the policy recommendations made by climate scientists, when they inevitably take back control. Does the Biden administration care to comment on the fact that these actions all fall short of the expectations they set out themselves before the election?”

Jen did not respond directly to Acosta, but had this to say before ending the press conference: “I can see that some men do not listen to or respect women when they make a fair and honest request. I appreciate those of you who understand that I need some space. Nobody gets the cookie recipe anymore.”