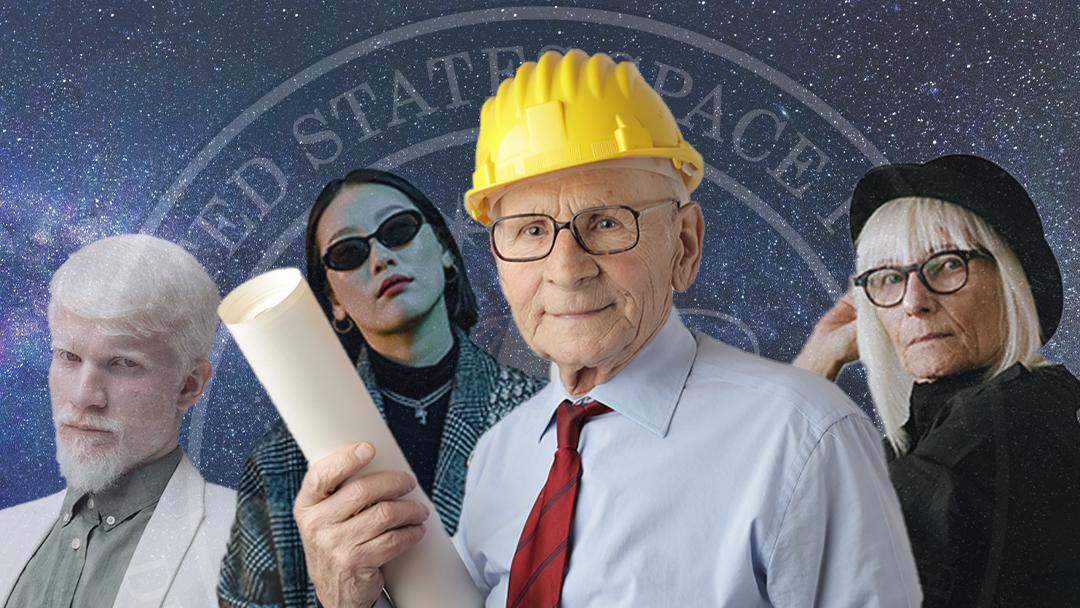 Tink Jacobs, 51, former school bus whisperer - “I didn’t trust Donald Trump to get the best space weapons money can buy (I mean, he makes his clothes in China!) but that ol’ sniffer, Joe Biden? Now there’s a man I trust to spend billions militarizing outer space! He can smell a good nuke from a mile away.”

Winona St. Cloud, 39, drive-thru speaker saleswoman - “So every year, Army plays Navy in football. But who does Air Force play? Nobody. With Space Force, Air Force finally has an opponent. Having a Space Force is better for the incredible industry that is college football, and ipso facto, it’s better for our great nation.”

Minnie Minuet-Jones, 46, former Spin Doctors fan - “When Trump announced Space Force, it was really fun to goof on how stupid this branch of the military was gonna be. I watched the Netflix show Space Force ten times and loved it despite not laughing once. But then it made me think about how if the idea of American dominance in outer space seemed ridiculous, wasn’t it also ridiculous to pursue that same military supremacy here on Earth? That idea made my brain hurt, so in March of 2020, I made sure to head down to the polls to safely vote for Biden in the Democratic Primary.”

Craig Tult, 23, freelance au pair - “There was no President I hated as much as Donald Trump. I was so happy when Biden won, because that meant Trump would finally get to see what a real President looked like. Joe Biden is sticking it to Trump by taking Trump’s agenda and seeing it through. THIS is how you run a bloated military while Americans can’t even afford healthcare, Donnie!”

Pump Warhawg, 61, tech connoisseur - “I just couldn’t picture 45 driving a spaceship. He can barely drink water! And he’d be grabbing the space stewardesses’ pussies. Not cool. But Joe? Man, could his dad drive a car. And that means Joe can drive a spaceship! I don’t care if he gets injured petting his own dog, or sniffs the copilot’s hair clean off the scalp. He’s gonna drive the hell outta that thing and I [clap] am [clap] here [clap] for [clap] it!”