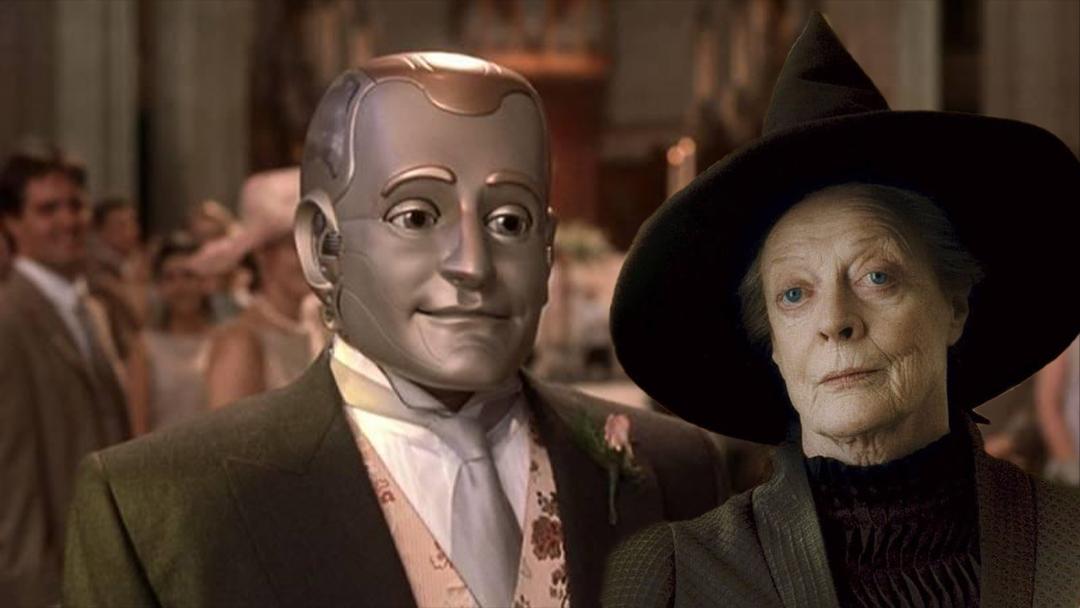 As we all know, the best pieces of art are the ones that are literal interpretations of your own life experiences, with no additional metaphor, poetry, or cleverness. So I was excited for Disney+ presents Marvel’s WandaVision, a show perfectly replicating my lived experience as a robot married to a witch.

The show, like all great shows, is about trauma—the trauma a witch suffers when she is forced to kill her robot husband to save the multiverse from a purple alien, who is also dealing with his own trauma. While some might say that we have taken the concept of trauma and gratuitously exploited it to the point that it has become meaningless, I believe that the amount of trauma a show unpacks is the single most important factor in determining its quality. And what could be more traumatic than a witch with the power to change reality grieving over the loss of the robot her billionaire superhero friend built? As someone who has lived this exact experience, I can tell you with confidence: nothing. After a long day of work, there’s nothing more relaxing than sitting down in front of the boob tube, kicking my robot feet up on the ol’ ottoman, and spending multiple hours processing trauma. Unlike other shows in the past that merely entertained you with interesting, relatable characters in compelling situations, WandaVision bravely serves as a replacement for therapy for a nation of emotionally-stunted adults with an appalling lack of mental health services. If we’re not willing to unpack trauma in our media, how will television executives be able to market their shows as “important,” “groundbreaking,” and “essential, now more than ever”?

What critics who claim that WandaVision is “boring,” “poorly paced,” and “excessively esoteric” don’t understand is how important it is that we are finally hearing stories from different voices. For too long, there wasn’t any room in our society for stories from marginalized creators, such as the Walt Disney corporation, Marvel Comics, and the younger sister of the Olsen twins. Thanks to Disney’s decision to filter every possible story through their preexisting intellectual property, I’m finally able to see myself—a robot married to a witch—on screen. And what’s so important is this story of a witch and her robot husband doing sitcom tropes is told authentically. Every character sounds exactly as they would in real life, with interchangeable dialogue that sounds like it’s been through six rounds of Joss Whedon punch-ups.

For too long, stories like mine were the realm of children’s entertainment. But now, by making the witch that shoots fireballs from her fingers sad sometimes, grown-ups can enjoy it, too. By using the language of therapy, WandaVision writers give weight to such heavy emotional concepts as the bad witch telling the good witch to stop trapping people in an alternate dimension and accept the vaguely British robot is gone forever (unless someone rebuilds him). When the robot tells the witch that grief is like love, but kind of a different form of it, I cried for eight straight hours. Not just because this exact thing had happened to me in real life, but because I had never seen a television show that was willing to talk about concepts like “missing someone” before. We’re truly living in a golden age where narcissistic television writers can go to therapy for six weeks, believe they are the first person to ever look inside themselves, and decide that America needs to hear about their banal revelations.

All that being said, I have to admit it took me a while to get into WandaVision. The early episodes made me feel uncomfortable. I couldn’t tell if that was because I am a robot incapable of generating original thought, or because the writers were occasionally referencing culture outside of superhero movies and I just haven’t consumed anything but the same old superhero slop since 9/11. But eventually, it started to feel like every other Disney property released in the past 20 years woven together, and this warm quilt of familiarity smothered over me. Finally, for the first time since the release of the last Marvel property, I was being seen.

I can only pray that they develop as powerfully therapeutic a show for my sons, a former Nazi supersoldier and a different sort of supersoldier who flies with robot wings because he felt weird about his friend (another supersoldier) asking him to take his supersoldier place.