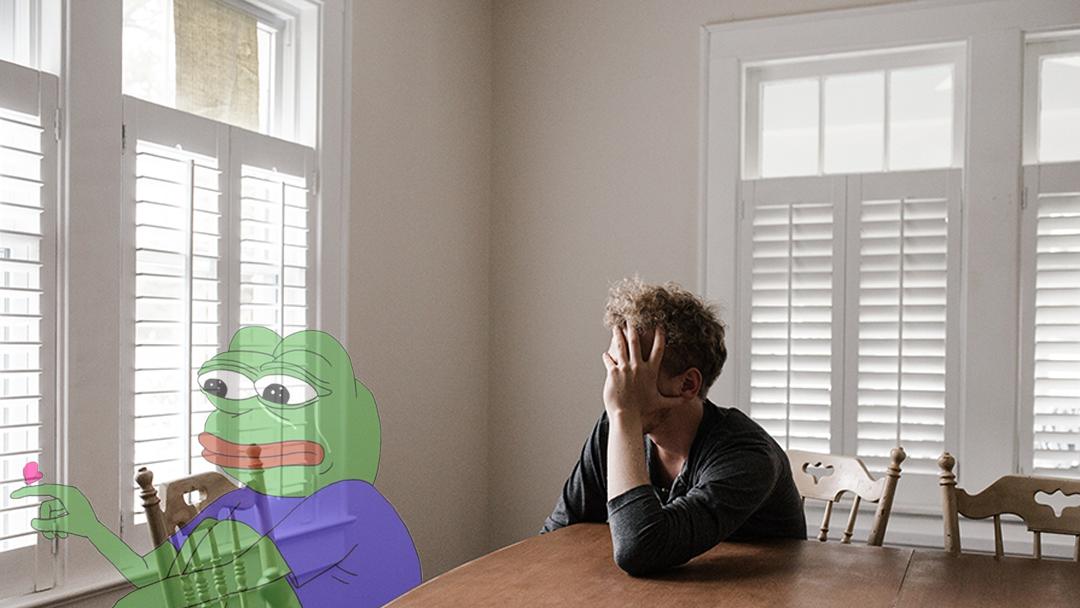 ASTON, PA - It is a sad day for the writing community as local conservative Jax Schaffner was informed by several online publications that simply designing and sharing racist memes does not in fact count as satire writing.

“I can’t say I’m surprised, cancel culture is so toxic,” he elucidated as he doused a Colin Kaepernick jersey in lighter fluid. “Snowflakes on the left are just so offended by anyone who is brave enough to stand up for what they believe in.”

His mother, Cheryl, whole-heartedly stands by his “artistic endeavors” despite being blocked by nearly a dozen of her fellow LuLaRoe consultants for reposting her son, in addition to a constant barrage of QAnon content.

“I just keep reminding my more ‘liberal’ friends that it’s free speech!” she insisted while blocking the CDC on Twitter. “If they’re offended, they should separate the art from the artist. Jax reserves the right to create whatever work he wants with no accountability or consequence! That’s why they invented ‘death of the author’!”

(Editor’s note: The “Death of the Author” is a concept pioneered by French literary theorist Roland Barthes and espoused by community college freshman comp professors that maintains an author’s intentions and biography should bear no weight in the interpretation of their writing.)

When asked about the message behind his latest work–a series of Doge memes mocking the Black Lives Matter and Stop Asian Hate movements–he had this to say for himself:

“My point of view is pretty clear, I don’t care whether you’re Black, white or purple: All Lives Matter. Point blank. Period. Especially white and purple ones. End of discussion. And I don’t see any better way to communicate that I personally value the sanctity of literally every life than by making a mockery of the human rights movements denouncing vile systemic murder.”

Given his feeling of being “unappreciated” by the likes of the Internet, Jax informed us that he plans to create a pitch document of a collection of his works to send to Matt Stone and Trey Parker. “Matt and Trey invented South Park. They’re satirical comedy geniuses just like me, and I know for a fact they’ll appreciate my stuff!” Jax felt it important to share that he began watching South Park at the appropriate age of 11 and remembers thinking Eric Cartman’s portrayal of Hitler was the “funniest freaking thing” to ever grace primetime.

Stone and Parker both declined to comment, but recently announced that a character named Jax will replace Kenny as the one who dies in every episode.